What Prompted Chiliz Surge In March?

Michael Krane grew up in Germany, but moved to the States as a 21-year-old and now resides in Charleston, WV. Aside from monitoring all things crypto, he is an eager walker, and enjoys weekend walking to his cabin near Coldbranch Mountain. 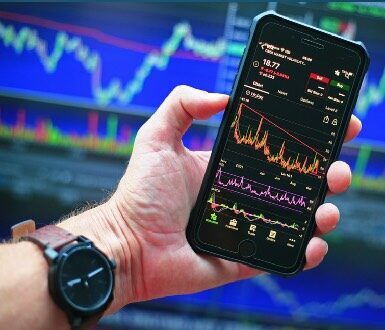 About us: CryptoQuestion is an independent platform providing free resources for cryptocurrency investors. From an on-demand Q&A service to online courses, from books to our weekly Moonshot Monday podcast. Visit us at www.cryptoquestion.tech

The crypto market has been volatile of late, and usually, when one currency such as Bitcoin falls, others follow suit.

One crypto doesn’t always act in the same manner; Chiliz. Chiliz, known as $CHZ, was on every crypto investor’s radar earlier this year when it jumped by more than 50% in value over the course of a couple of days. That is big crypto news; something people tend to take note of.

It has now risen from $0.14 to a high of $0.33, perhaps small sums for a single unit, but a significant hike of around 100%. There’s even speculation it could go further, with $0.33 muted by some crypto experts. Unlike many shifts in crypto value, this wasn’t something that affected other currencies because it involved fan tokens, the digital asset backed by $CHZ.

Fan tokens are sold on the $CHZ platform Socios, and they’re an emerging asset from Europe. Branded in club colors, they are a method of selling digital influence over major sports clubs, with soccer the primary beneficiary. Fans of the clubs can buy a fan token for $CHZ, giving them a degree of digital influence over that club. They get the chance to vote on certain club matters, such as what to name a training pitch or goal celebration music and other exclusive digital benefits. The fan token is also tradeable and could be seen as an investment by some, although they are not specifically marketed in that way.

It means that fan tokens for a certain club can rise and fall in value. An example of this was when Lionel Messi, the seven-time Ballon d’Or winner, moved from Barcelona to Paris St Germain. He was partly paid in PSG fan tokens, known as $PSG, which made headline news. As a result, $PSG shot up in value and, to date, is the most valuable fan token one can buy.

However, that does not directly affect the value of $CHZ, which is a different entity from the fan token. Sure, exposure for fan tokens can impact $CHZ, but it was for a wider reason that the cryptocurrency recently had such a significant jump, although it was once again tied to Messi.

He signed a deal with Socios, the platform upon which fan tokens are bought and sold, to become their global ambassador for the next three years. The deal is worth $20m and will see the Argentinian striker become involved in publicity and promotion ahead of the World Cup in Qatar this coming winter.

“Fans deserve to be recognised for their support. They deserve opportunities to influence the teams they love,” Messi said in the statement. “Socios.com exists to enhance the fan experience, to enable fans to ‘be more’. I’m proud to join Socios.com’s mission to create a more connected and rewarding future for fans around the world.”

Immediately after the announcement, $CHZ began to rise in value, in much the same way the value of the $PSG token did when Messi signed in the summer. This happened despite confirmation that Messi was not paid in $CHZ, not even in part. There is a good reason for that, one investors should note. If he were paid in $CHZ, there’s every chance that he could look to move that on quickly and turn it into real money. If a company pays in their crypto and that is immediately sold, it floods the market and can result in a loss of value for other investors.

That’s another reason $CHZ has held its price post-announcement; nobody has been looking to offload. Instead, in a volatile market often affected by an Elon Musk tweet, $CHZ has become something of stable investment. As we get closer to the World Cup, that’s likely to remain the case, meaning the hike in $CHZ value could be here to stay.

This article does not constitute financial advice or a recommendation to buy in any way. Always do your own research and never invest more than you can afford to lose. Investing in cryptocurrencies is high risk, and you could lose 100% of your investment. The article should be treated as supplementary information to add to your existing knowledge.